Docker Swarm vs Kubernetes : We have a favourite 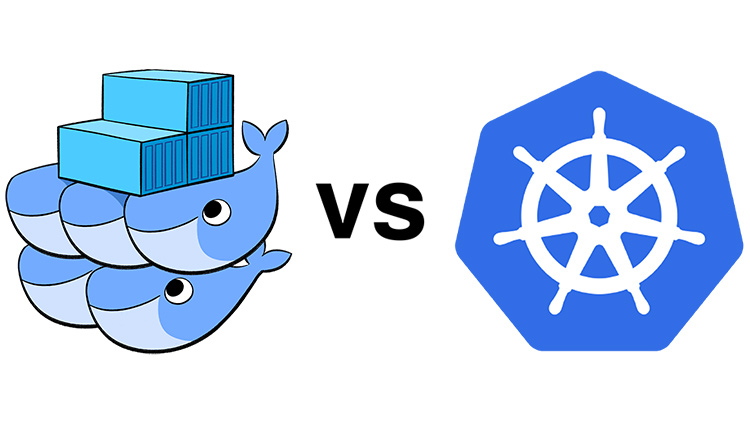 This article will compare which technology to choose while considering their main differences regarding popularity, installation, deployment, scalability, networking, and other aspects.

So guys, How do you know about Kubernetes

Kubernetes is an open-source container orchestration platform. These platforms allow the automation of containerization processes, such as deploying, managing containers, and scaling containerized applications. Kubernetes, which can also be named "Kube" or k8s, was initially developed by Google in 2014. Currently, the platform is maintained by the Cloud Native Computing Foundation (CNCF), and it is written in Go.

Next step, you know what is Docker Swarm

Docker Swarm is also a container orchestration tool. It is native to the Docker Platform, and was created to ensure applications can run seamlessly across various nodes that share the same containers. Thus, Swarm allows developers or DevOps engineers to efficiently deploy, manage, and scale clusters of nodes on Docker. The Docker platform is also written in Go.

As we can see, both Docker Swarm and Kubernetes were created to fulfill the same purpose. Keep reading to find how they differ and which one to choose.

Concerning, Kubernetes enjoys a reasonable benefit, as we can see as indicated by the Google Trends outline. Also, by taking a gander at Github, we can infer that while Kubernetes has 81.1k stars, Docker Swarm just has 5.8k stars. That is a major distinction and doesn't leave a lot of room for question. Kubernetes is definitely a more popular solution than Docker Swarm when it comes to container orchestration technologies.

Docker Swarm is easier to install than Kubernetes. Considering the user has Docker Engine installed in a machine, the only two missing things are assigning IP addresses to hosts and further opening the ports and protocols between them. However, keep in mind that it is also important to establish a manager node and worker nodes before initializing Swarm.

Contrarily, Kubernetes is not as straightforward. The good news is that it is possible to install it on almost any platform. The not so simple news is that While Docker Swarm comes out of the box with the native installation, a binary to orchestrate Kubernetes containers is required - Kubectl. Even though it is a bit more complex to install than Swarm, it is not a big puzzle either, and there's plenty of documentation on how to do it.

How to define and deploy applications?

In Docker Swarm, clients can utilize predefined markup documents to characterize and convey applications by pronouncing the ideal state. All the more exactly, organization is depicted by utilizing the Docker Compose determination in (YAML Ain't a Markup Language) records. These documents, otherwise called Docker Compose Files, can moreover detail the overlay network designs and which administrations should be appointed to them, empowering security and compartmentalization.

Further, a collection of services in Swarm can be deployed using a single docker-compose.yaml file, and extra files are often created to change values for other deployments (e.g., testing, production, and staging). Hence, these files allow containers and services to run on several networks and machines.

In comparison, in Kubernetes, an application can be deployed by using a combination of deployments, pods, and services. Cases are the essential unit of Kubernetes, and each comprises a gathering of co-located holders. Basically, by depicting Pods' desire state, a regulator can adjust the present status to the ideal one.

Kubernetes deployments can define every aspect of an application's lifecycle, including the number of pods, the images to use, and how pods can be updated. In Kubernetes, deployments can be described using YAML or even JSON (for those who prefer it) and are typically more verbose than Docker Swarm since the deployment specification can be extensive and requires an increased configurability.

What if the deployment fails?

In aggregate, the two innovations permit clients to apply moving updates and furthermore to reign in those equivalent updates when required. In Swarm, an update is naturally moved back to the past form in the event that the organization falls flat. In Kubernetes, assuming the sending fizzles, then, at that point, both the made Pods and the first Pods fall flat, and rollbacks should be mentioned unequivocally since there's no status endpoint. Moreover, it is additionally conceivable to perform run-throughs in Kubernetes, on the off chance that designers need to review the progressions without really performing them.

However, let's keep in mind that Kubernetes allows users to select Pods and Services in a deployment by using annotations and labels. This allows developers or DevOps engineers to roll out a single unit and test it in the production environment before executing a cluster update. Even though it is not impossible to do it in Swarm, it is not very straightforward and thus not commonly done.

When it comes to scalability in Docker Swarm, services can be scaled through Docker Compose YAML templates. Overall, Swarm allows users to deploy and scale faster and in an easier way, considering it enables scaling on demand.

In Kubernetes, a one-in-all framework can comprise a complex system. It is complex because the cluster state utilizes a unified set of APIs (Application Programming Interfaces) that slugs container deployment and scaling.

Both Docker Swarm and Kubernetes offer high availability, but they have different ways to do it.

On the one hand, when using Swarm, its services can be replicated among nodes. The Swarm manager is responsible for the entire cluster, handling each worker node's resources. Thus, each Manager node is updated regarding state information. If the Leader Manager fails, another Manager can quickly be assigned and carry on the role without compromising the application's stability and availability.

On the other hand, Kubernetes has Pods distributed among nodes. This provides good tolerance in case the application has some failure. Load balancing services in Kubernetes are able to identify unhealthy Pods and easily get rid of them, which ensures high availability.

In Docker Swarm, the nodes require a DNS (domain name system) element that is used to distribute incoming requests towards a determined service name. These services can run on ports (specified by the users) or be established automatically.

In Kubernetes, load balancing is performed when Pods are exposed within a service, which in turn can be used as a load-balancer within the cluster. Plus, an ingress is typically used for load balancing.

Swarm generates two different types of network for every node that joins a swarm cluster. One network is responsible for outlining an overlay of every service within the network, whereas the other network builds a "host-only bridge" for all containers. Nodes in the swarm cluster encrypted overlay can control and manage traffic between them. However, if desired, users can also opt to encrypt container data traffic when building an overlay network by themselves.

In comparison, Kubernetes creates a peer-to-peer, flat connection that allows all pods to communicate with each other. The flat network is usually implemented as an overlay. Further, to define subnet, then Kubernetes' networking model needs two CIDRs (Classless Inter-Domain Routers): one for the Node IP addressing, and the other for services.

Kubernetes provides a dashboard that features everything the user needs, such as manage resources, deploying containerized applications in a particular cluster, viewing error logs, and so on.

Contrarily, Docker Swarm does not have a built-in dashboard. Instead, it has a different GUI, which requires integration with third-party tools or platforms (e.g., Swarmpit and Dockstation). These alternatives can vary from simple and straightforward GUIs to more complex ones.

Docker Swarm vs Kubernetes: how to choose?

As a matter of first importance, both Kubernetes and Docker Swarm permit groups to determine the ideal condition of a framework that runs a few containerized jobs. When the ideal state is set up, the two advancements will get them going by assisting clients with overseeing compartments lifecycles and observing their status and wellbeing.

Moreover, Swarm and Kubernetes can run anywhere and use multiple hosts to create a cluster, where the load can be distributed.

Now that we have summed up their similarities, it is even harder to know how to choose Docker Swarm vs. Kubernetes, but hopefully, we can help you decide the most suitable solution.

From one viewpoint, Docker Swarm expands on Docker and can facilitate a few examples of the Docker Engine. Besides, Swarm is genuinely simple to introduce. Anybody with Docker introduced just necessities a couple of Docker orders and can quickly begin utilizing Swarm.

Another great advantage is that its learning curve is not as steep as Kubernetes. Hence, in general, one can say that Swarm stands out for simplicity!

On the other hand, Kubernetes is very flexible as it allows users to run systems in containers as they need it. It only requires users to tell the desired state of the containerized system, and it will not only make it happen but also ensure that it stays in the desired state, fixing any obstacle that may occur, despite its complexity. In fact, K8s is able to do so much that it is almost hard to get a grip on everything it offers. It additionally includes a vast array of authentication options and configurations. The default configurations address most needs, and it is possible to explore other configuration options for customization and extensions.

In contrast, Swarm is more limited in this regard. Also, as explained, in K8s, services can be specified according to load balancer types, allowing developers to make the most out of several platforms' capabilities.

Thusly, with Kubernetes, it is possible to do nearly anything in regards to containerization coordination. The key focal point is that various arrangements infer more noteworthy adaptability than Swarm; nonetheless, it comes at the expense of not being as simple to learn and completely dominate.

Furthermore, Kubernetes has also been around for longer than Swarm. This contributed highly to its advantage in terms of popularity and, consequently, resulted in an extensive community where users can easily find documentation and support.

There is no precise rule when it comes to choosing one technology or the other, but in general, if the production deployment is on Kubernetes, then it makes sense to test it on Kubernetes as well. Plus, as we can discern, Kubernetes remains a more powerful, flexible, and customizable solution than Swarm.

Nonetheless, when handling other less complex use cases and with smaller workloads, the simplicity of Swarm might be advantageous and easier to start.

In conclusion, Kubernetes is a completely included arrangement innovation that can deal with weighty responsibilities and complex use cases. In comparison, Docker Swarm is extremely reasonable and clear for more restricted use cases.

In the event that the inquiry is, would one say one is better compared to the next? All things considered, yes. Kubernetes is better. It is the main decision for some engineers, DevOps, and associations. Additionally, every significant cloud supplier upholds it. 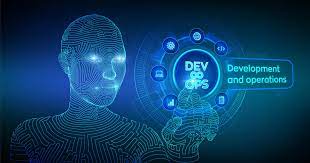 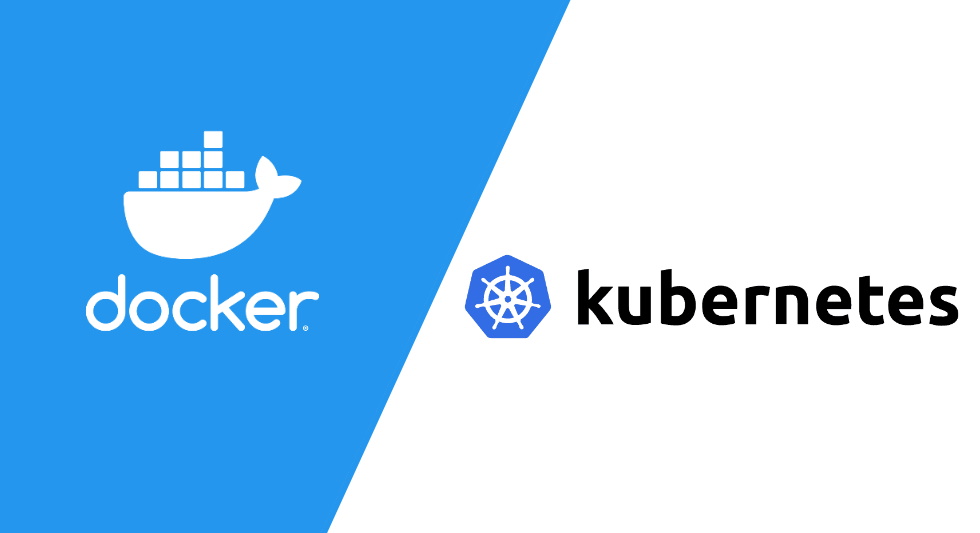 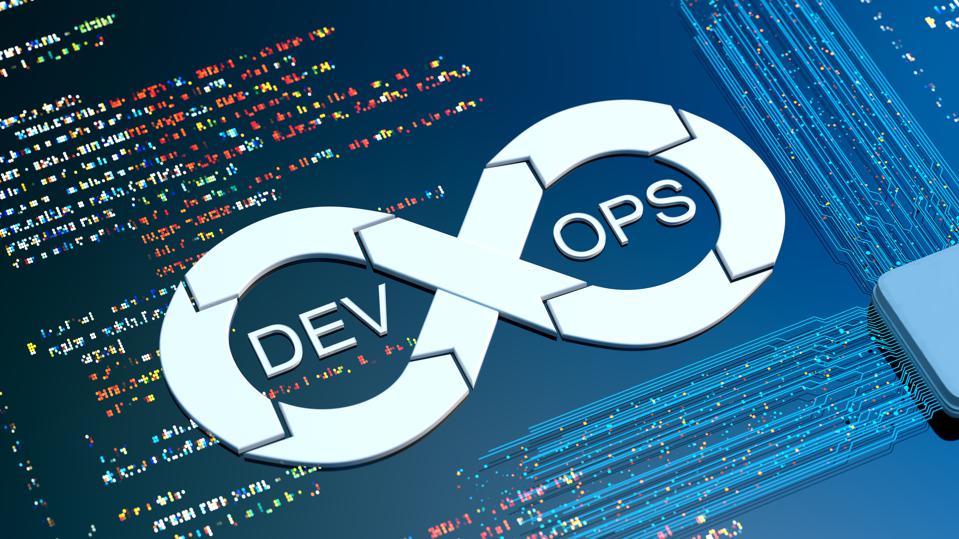 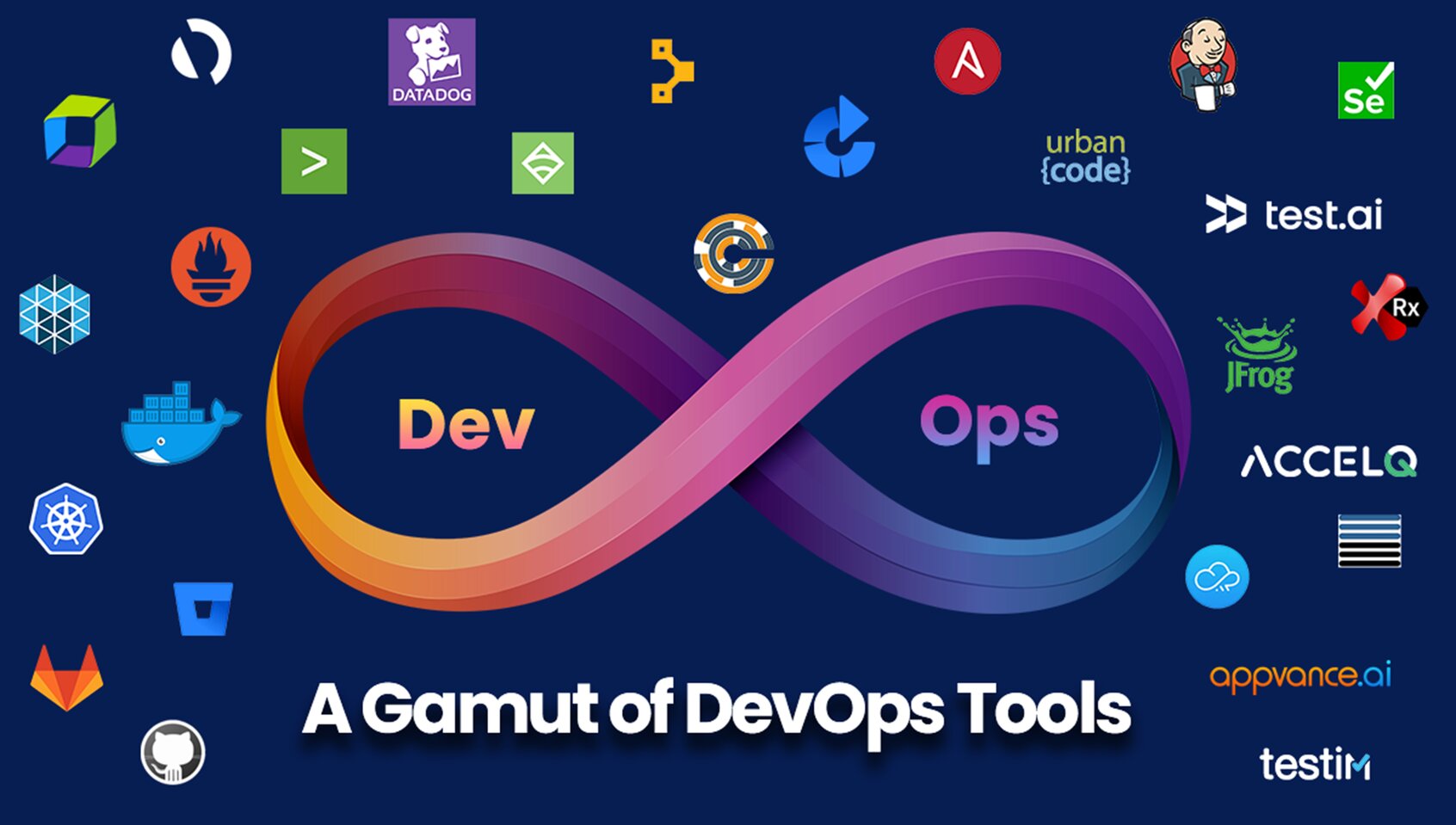 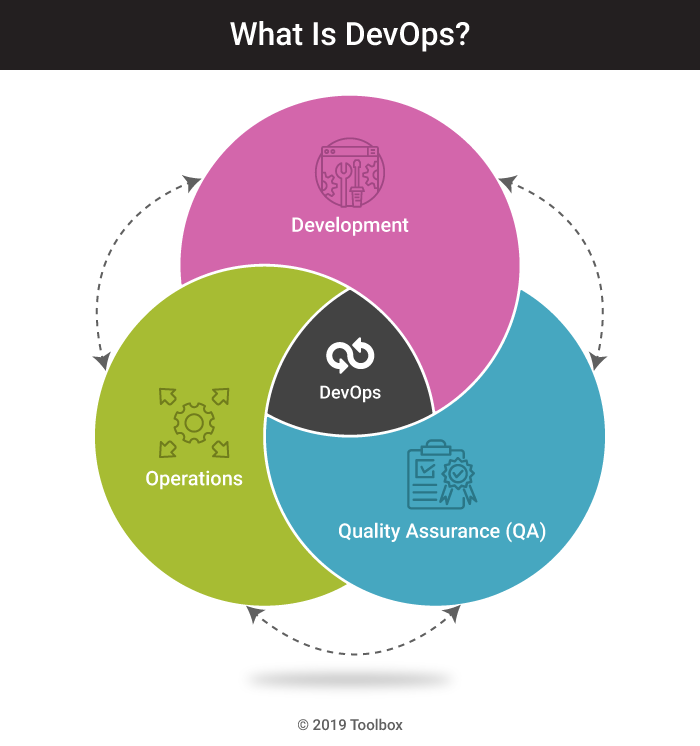 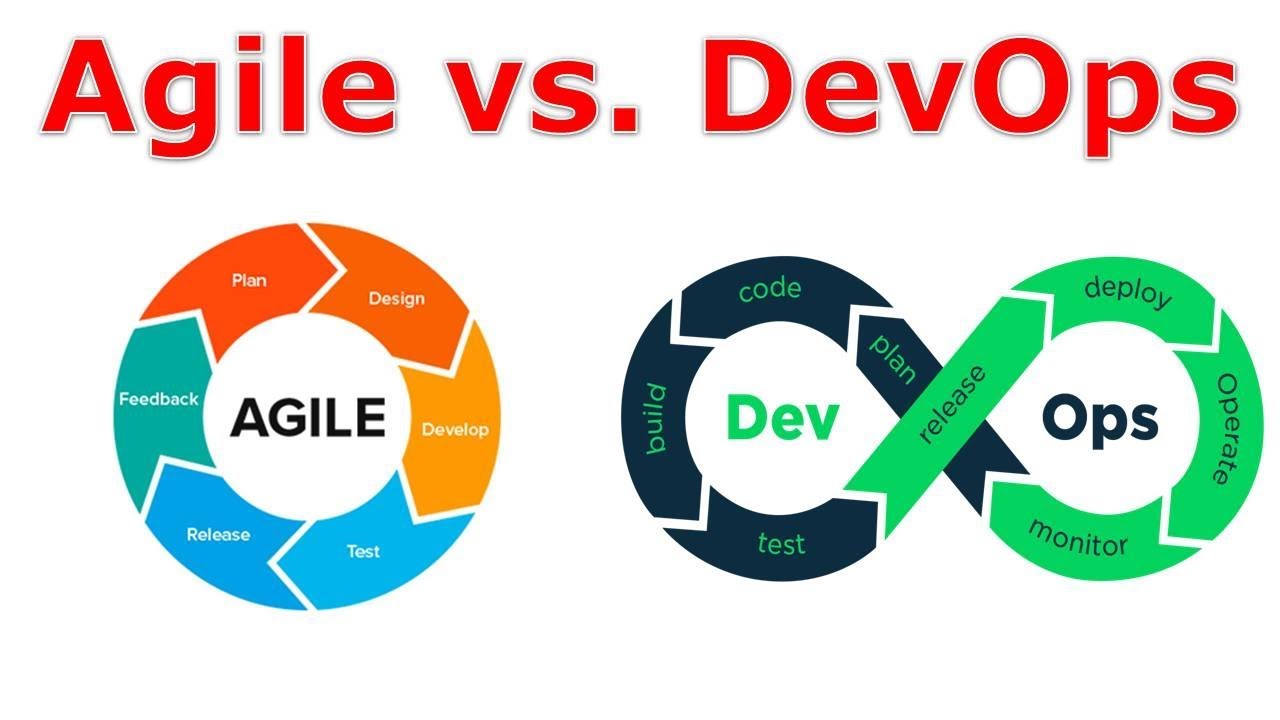