GraphQL vs Rest: which one is better 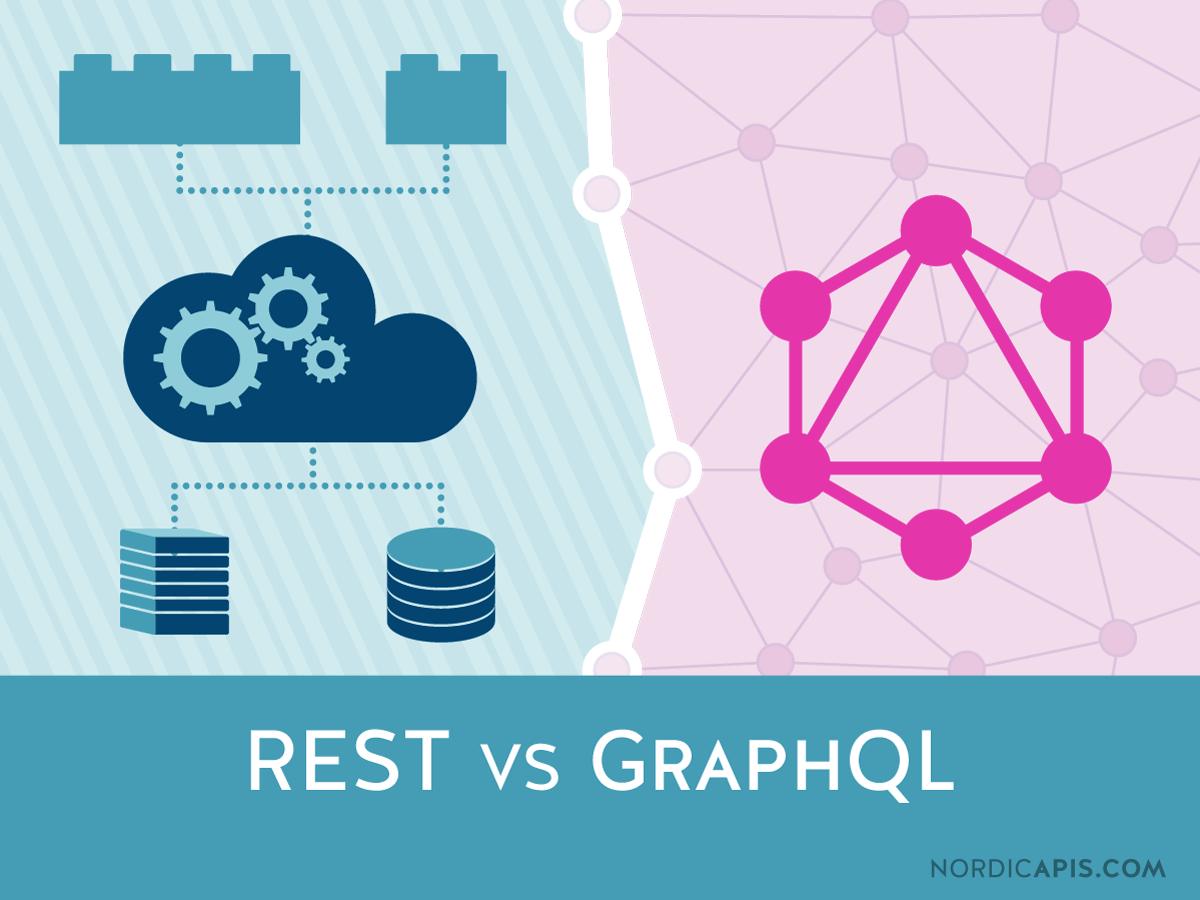 The goal is to provide a brief explanation to anyone who still has not got to know GraphQL, clarify exactly what it does better than REST.

GraphQL is a query language for APIs that enables declarative data fetching in order to give the client the power to specify exactly the data that is needed from the API. It makes easier to evolve APIs over time.

Now that we know what GraphQL is, I want to clarify what it is not, as I feel that there is still some confusion about it.

Firstly, it does not have anything to do with databases. It is not an alternative to SQL or a brand new ORM.

Secondly, it is not a REST replacement, but an alternative. You don't have to pick between one and the other, they can happily co-exist in the same project.

Last but not least, GraphQL is not complicated or scary. It is quite easy to understand its declarative nature and exactly how it is possible to take the best from it.

GraphQL was developed internally by Facebook in 2012 before being open-sourced in 2015, with its stable version released just in June 2018. On 7 November 2018, the GraphQL project was moved from Facebook to the newly-established GraphQL Foundation, hosted by the non-profit Linux Foundation.

Which companies use GraphQL

GraphQL is being used by teams off all sizes, in many different environments and languages. The main companies that are using GraphQL are Facebook, Github, Pinterest and Shopify.

REST was defined by Roy Fielding, a computer scientist that presented the REST principles in his PhD dissertation in 2000.

REST (Representational State Transfer) is a software architectural style that defines a set of constraints which make any web service – a true RESTful API.

The REST constraints are:

Client-server architecture means that the user-interface concerns should be separated from the data storage concerns to improve the user interfaces portability across multiple platforms.

REST API responses must define themselves as cachable or non-cachable to prevent clients from providing any inappropriate data that can be used on future requests.

A Layered system means that if a proxy or load balancer is placed between client and server, the connections between them should not be affected, and the client did not know if is connected to the end server or not.

A Uniform interface suggests that it should be a uniform way of interacting with a given server despite the device or application type (website, mobile app). The main guideline is that each resource has to be identified on requests.

Why was GraphQL created if there's already REST

There are two main reasons why companies such as Facebook, Netflix and Coursera started developing alternatives to REST:

If we go even further, we realize that the main reason why an alternative solution was identified was because most of the
data used in modern web and mobile applications has a graph shape. For instance, news pieces have comments, and
those comments may have features such as likes or spam flags, which are created or reported by users. This example
describes how a graph looks like.

Consequently, Facebook started developing GraphQL. At the same time, Netflix and Coursera were also working on
alternatives themselves. After Facebook open-sourced GraphQL, Coursera dropped their efforts and adopted the new
tech. Netflix, however, continued developing their own REST alternative and later open sourced Falcor.

Why GraphQL is better than REST

In this section I will go point by point through a practical example, comparing REST to GraphQL in order to demonstrate the flexibility of Facebook's query language.

Imagine that you have a blog, and you want the front page to show all the latest posts. In order to achieve this, you need to fetch the posts, so you will probably do something like this:

But what if you want to see the author as well? You have three options to achieve this:

Each of these approaches will create a problem of its own, so let's have a look at them one by one to see how GraphQL is able to solve the following problems.

With the principal approach – bringing the creators from another asset – you will wind up with two server demands rather than one, and as you keep on scaling, you might have considerably more demands to various endpoints to bring every one of the required information.

With GraphQL, this would not happen. You would only have one request, and you would not have to make multiple round trips to the server, as seen below:

Looking at the second approach – modifying the resource to also return the author – you can see that it solved the problem pretty nicely. However, changing a resource may have a secondary effect elsewhere on your application. More precisely, over-fetching.

Let's go back to your blog, but this time you also have a sidebar showing off the top monthly posts with their titles, subtitles and date, that is using the resource /api/posts. Since you modified the resource, now it also shows the author with it. However, we don't need it for the sidebar.

While this may not look like a problem, for users on limited data plans, having a website fetch useless data is not ideal. Since GraphQL allows the client to only fetch the needed data, this problem would not exist:

Finally, we should examine the last methodology – making another resource that profits the posts with the creator – since it is a not unexpected example to structure the endpoints as indicated by the perspectives in your task.

While this may solve problems such as the one described above, it also slows down the front-end development, since each specific view needs its specific endpoint. If at any point a view needs new data, the development has to slow down until the endpoint is updated.

Again, since GraphQL gives power to the client to fetch the needed data only, nothing slows down, as it's very simple to just add a new field to a query.

You would get from this:

Let's just do a quick recap regarding the differences between REST and GraphQL:

As previously mentioned, GraphQL does not replace REST. Despite their differences, GraphQL and REST also have similarities:

GraphQL provides a smooth and fast development environment with its declarative and flexible nature, offering many improvements over REST.

It already has a large community and a vibrant ecosystem, and was already implemented in several popular languages, such as JavaScript, Go and Java.

While this post just plunged the toes into the sea that is GraphQL, its site has a plenty of data and is an astounding spot to learn and begin utilizing GraphQL.

On the off chance that you are expecting to foster an API to be utilized on a versatile application you ought to have GraphQL as first choice since transfer speed utilization matters. Assuming your application requires a hearty API, with reserving and an observing framework you ought to go with REST.

With a lot of being said, it's anything but an ideal innovation, it actually has several downsides when contrasted and REST. Yet, taking into account how youthful it is, the future searches amazingly brilliant for GraphQL. 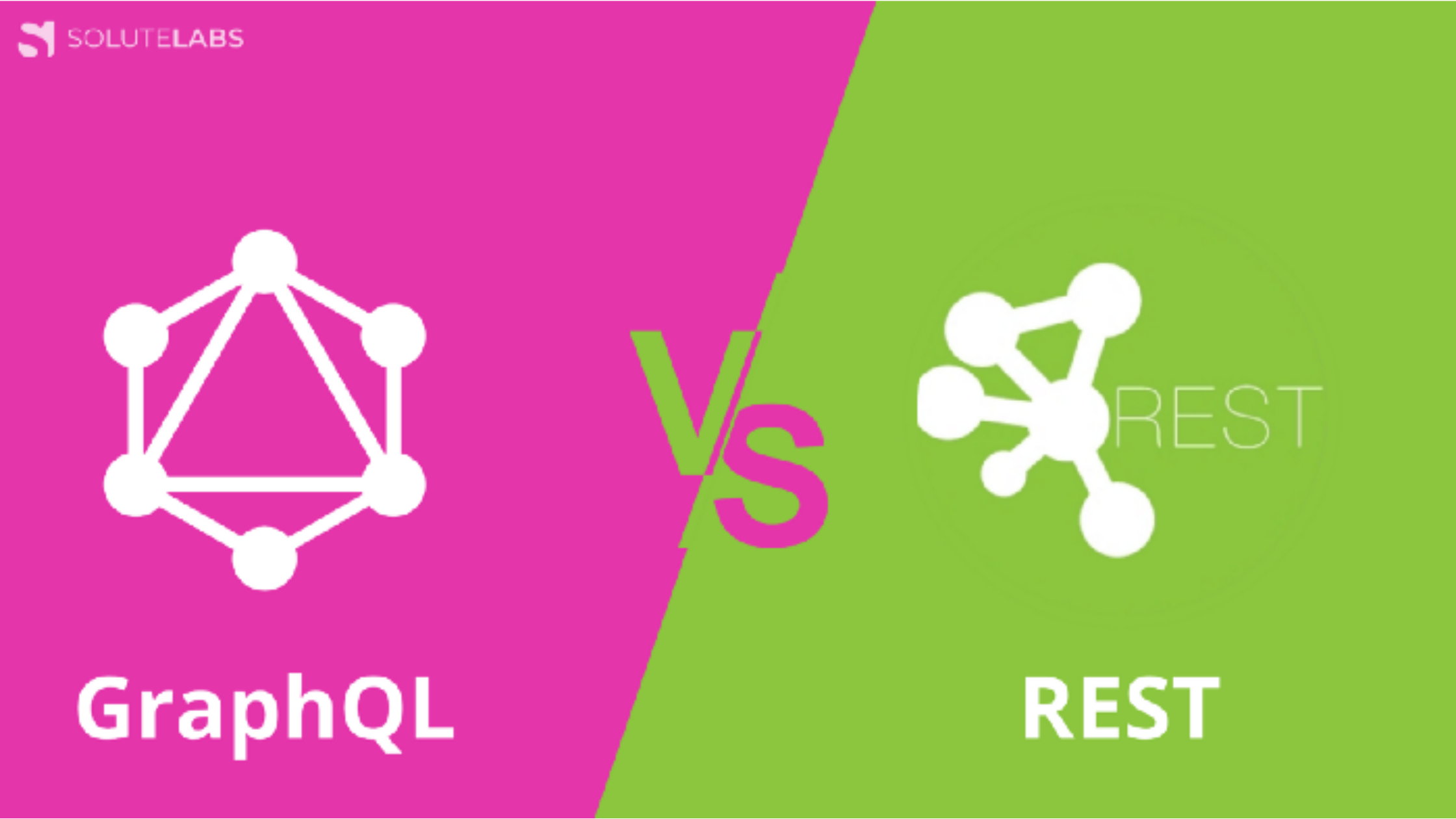