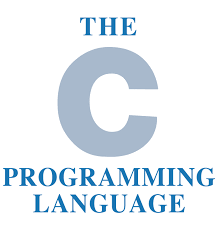 In this article, we will know about c an overview.

C is a computer programming language. That means that you can use C to create lists of instructions for a computer to follow. C is one of the thousands of programming languages currently in use. C has been around for several decades and has won widespread acceptance because it gives programmers maximum control and efficiency. C is an easy language to learn. It is a bit more cryptic in its style than some other languages, but you get beyond that fairly quickly.

C is what is called a compiled language. This means that once you write your C program, you must run it through a C compiler to turn your program into an executable that the computer can run (execute). The C program is the human-readable form, while the executable that comes out of the compiler is the machine-readable and executable form. What this means is that to write and run a C program, you must have access to a C compiler. If you are using a UNIX machine (for example, if you are writing CGI scripts in C on your host's UNIX computer, or if you are a student working on a lab's UNIX machine), the C compiler is available for free. It is called either "cc" or "GCC" and is available on the command line. If you are a student, then the school will likely provide you with a compiler -- find out what the school is using and learn about it. If you are working at home on a Windows machine, you are going to need to download a free C compiler or purchase a commercial compiler. A widely used commercial compiler is Microsoft's Visual C++ environment (it compiles both C and C++ programs). Unfortunately, this program costs several hundred dollars. If you do not have hundreds of dollars to spend on a commercial compiler, then you can use one of the free compilers available on the Web. See http://delorie.com/djgpp/ as a starting point in your search.

We will start at the beginning with an extremely simple C program and build up from there. I will assume that you are using the UNIX command line and GCC as your environment for these examples; if you are not, all of the code will still work fine -- you will simply need to understand and use whatever compiler you have available.

Loved by programmers for doing low-level coding and embedded programming, C has found its way gradually into the semiconductor, hardware, and storage industries. The most important features provided by the C programming languages include:

C is the combination of both low level (assembly) and high-level programming languages; also, it can be used to write an application and interact with low-level system memory and hardware

It is easily extendable, as C++ was derived from C with additions like OOPS and other features

As we concentrated on before, 'C' is a base language for some programming dialects. Along these lines, learning 'C' as the principle language will assume a significant part while concentrating on other programming dialects. It has similar ideas, for example, information types, administrators, control explanations and some more. 'C' can be utilized broadly in different applications. It is a straightforward language and gives quicker execution. There are many positions accessible for a 'C' designer in the current market.

'C' is an organized programming language wherein program is partitioned into different modules. Every module can be composed independently and together it frames a solitary 'C' program. This design makes it simple for testing, keeping up with and troubleshooting processes.

One more element of 'C' writing computer programs is that it can expand itself. A 'C' program contains different capacities which are important for a library. We can add our elements and capacities to the library. We can access and utilize these capacities whenever we need in our program. This element simplifies it while working with complex programming.

Different compilers are accessible in the market that can be utilized for executing programs written in this language.

It is a profoundly convenient language which means programs written in 'C' language can run on different machines. This component is fundamental assuming we wish to utilize or execute the code on another PC.

Advantages and Disadvantages of C

First of all, let us discuss what makes C language the mother of all languages. There are various benefits of C programming that depends on these positive points which can surely define the functionality of C in a better manner.

C Language has a list of advantages due to this it is a very much popular language around the world and best suitable for the programmer to learn at the first stage of the programming.

C compiler produces machine code very fast compared to other language compilers. C compiler can compile around 1000 lines of code in a second or two. One more benefit of the C Compiler is that it also optimize the code for faster execution.

C Language syntax is very easy to understand. It uses a keyword like if, else, goto, switch, main, etc. This kind of keyword we all are using in our day to day life to convey meaning or to get some decisions.

C Language setup is around 3-5 MB. So you can carry this language in your Floppy Drive or Pen Drive. It is very easy to install and operate, Again its output is an exe file that can be executed on any computer without any other framework/software.

Object-Oriented Programming Features is missing in C Language, You have to develop your program using procedure-oriented language only.

Run-Time Type Checking is Not Available

In C Language there is no provision for run-time type checking, for example, I am passing float value while receiving parameter is of integer type then the value will be changed, it will not give any error message.

Constructor and Destructor is not available

Our course design of tutorials is practical and informative. At TekSlate, we offer resources to help you learn various IT courses. We avail both written material and demo video tutorials. For in-depth knowledge and practical experience explore Online C Tutorials.