Explanation of Address Operator in C 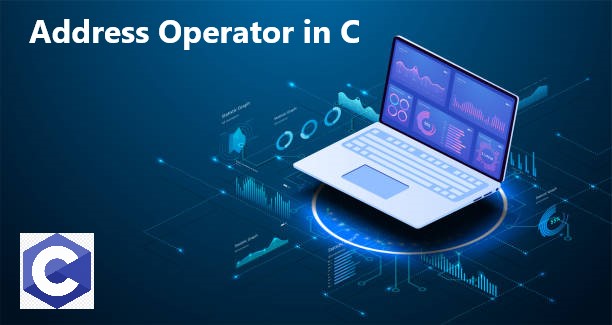 In this article, you can learn about the address operators in C.

What are the usages of it:

"Dereference Operator" or "Indirection Operator denoted by an asterisk character (*), * is a unary operator which performs two operations with the pointer (which is used for two purposes with the pointers).

A) To declare a pointer

A) To declare a pointer -

Let suppose, if we declare a pointer ptrX to store the memory address of an integer variable; then the pointer declaration will be int *ptrX;

Let suppose, if there is a pointer variable ptrX which is pointing to the address of an integer variable x; then to access the value of x, *ptrX will be used.

The "Address Of" Operator denoted by the ampersand character (&), & is a unary operator, which returns the address of a variable.

After the declaration of a pointer variable, we need to initialize the pointer with the valid memory address; to get the memory address of a variable Address Of" (&) Operator is used.

Address operator is used to store the address of the variable in C. This is denoted by an ampersand (&). This is also used for scanning the user input.